I learnt a fair few life lessons during my visit to India. Hot water is a luxury (most of my morning showers could fulfil ice bucket challenge requirements), you should never start watching a three-hour Bollywood film on the TV as a power-cut is guaranteed ten minutes before the end and a deck of cards will provide universal entertainment for days on end. Some of the most interesting advice I’ve picked up however was during a clinical placement with a leading IVF specialist and, incidentally, applies worldwide. Both citywide and rural studies have shown that changing lifestyles have been detrimental to public health and sperm counts specifically are suffering as a consequence. Male infertility is becoming an issue of increasing concern in the Punjab – so why is it that in an overwhelmingly testosterone-driven state, this fundamental measure of virility is being neglected? Stereotypical punjabi men rarely shy away from opportunities to demonstrate their superior masculinity and in this agricultural province, it may often be the number of whiskey bottles you devour or the kabaddi tournaments to your name that will help you garner respect. 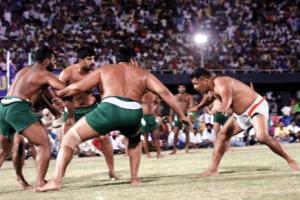 For women, infertility is usually a mechanical problem that can’t be helped. Although lifestyle factors (such as promiscuity, smoking and extremities of BMI) may significantly impair a women’s ability to reproduce, the most common causes are diseases of relatively unknown origins, with endometriosis and uterine fibroids being common examples. Increasing age also severely limits a female’s reproductive capacity as women are born with a finite store of eggs, which is depleted with each menstrual cycle, and eventually concludes with the menopause. Men however could theoretically procreate from the onset of puberty until their death as there are no such restrictions on the male reproductive organs. Whilst rarer mechanical causes exist (undescended/absent reproductive organs, hormone imbalances), male infertility can essentially be considered as a dysfunction of one of two processes: sperm production and sperm delivery. The following factors (many obvious and some unexpected) may interrupt either of these processes temporarily or permanently:

Thankfully, breakthroughs during the last few decades have allowed miracles to occur on a daily basis; embryos are conceived for couples who would have once been told they had little hope of birthing their own child. As many as one in seven couples seek advice or treatment for infertility but despite this, it remains a sensitive topic that can be difficult to broach for either sex. Indeed, in 100 cases: 30 would be due to problems with the father, 30 due to problems with the mother, 27 due to problems in both parents and the remaining 13 cases would be ‘unexplained’. It is fair to say therefore that infertility is a reasonably common problem for both genders. With an expanding circle of clinicians taking the view that lifestyle plays a significant role in fertility, perhaps a fresh approach to infertility therapy is needed. 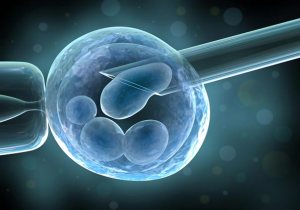 Prevention is undoubtedly the best remedy for any medical problem, hence the billions of pounds that are invested annually into research for vaccinations and public health campaigns. If this same concept was applied to educate the public on how to preserve fertility, the quantity of couples approaching their GP for fertility advice could slowly decrease and fewer members of the public would be subject to the financial and psychological burdens contiguous with infertility.

Although this is ideal in principle, too often we neglect our own bodies and discard own health in favour of the easier, gluttonous option. We make ourselves unnecessarily vulnerable to a host of ailments which, with a little self-motivation, could be entirely avoided. What is the point in government initiatives if no one pays attention? The slogans “use a condom”, “smoking kills” and “drink in moderation” have been plastered across schools, hospitals and social media – yet STIs continue to rise, smokers still go through a pack-a-day and alcoholics find themselves in emergency rooms unable to recall how they got there.

The next time you receive advice for your health or come across an NHS poster, take thirty seconds of your day to pay attention. You will soon realise that healthcare professionals understand that abstaining from guilty pleasures is usually unachievable and will only ever recommend it if they consider it to be worthwhile. The tools necessary to preserve every aspect of your health are widely available. Instead of ignoring them, utilise them and remember that by taking care of yourself today, you have taken care of your future self and perhaps avoided the loneliness of a doctor’s waiting room years down the line.